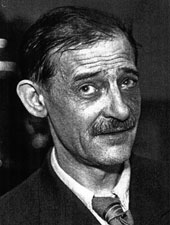 Maurice, the son of Marie-Clémentine Valadon, a painter better known under her artist’s name Suzanne Valadon, is adopted by the Spanish journalist Miquel Utrillo in 1891. In 1893, he attends school in Montmagny near Paris; by 1896, he studies at the Collège Rollin, Paris. He first seeks treatment for his alcohol dependency in 1901. The following year, at the advice of a doctor and with guidance from his mother, he takes up the brush. From 1903 until 1909, he emulates the Impressionists’ use of color, before entering a so-called “époque blanche” until 1914 in which he paints views of urban scenes in Paris. After 1920, in what has been called Utrillo’s “époque colorée,” his pictures grow more colorful. He is made a member of the Légion d’honneur in 1928, and from the 1930s on, his work wins increasingly wide acclaim. In 1935, he signs an exclusive contract with the dealer Paul Pétridès.