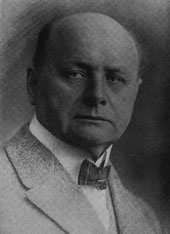 In 1882, Jawlensky enrolls in military school in Moscow; he is made lieutenant in 1884. After transferring to Saint Petersburg in 1889, he studies at the Academy of Fine Arts there. In 1896, he and Marianne von Werefkin relocate to Munich, where they make the acquaintance of Wassily Kandinsky. He contributes to the Munich Secession’s exhibition in 1903 and to the 1905 Salon d’Automne in Paris, where he meets Henri Matisse. During the following years, he, Werefkin, Kandinsky, and Gabriele Münter leave the city for the summers to paint in Murnau. In 1909, he helps found the “Munich New Artists’ Association”; in 1910, he encounters Rudolf Steiner. After spending the summer of 1911 on the Baltic Sea, he visits Matisse in Paris. In 1912, he and other “Blue Rider” artists present their work at Herwarth Walden’s gallery in Berlin. He is introduced to Paul Klee and Emil Nolde. In 1914, after the outbreak of the First World War, he and Werefkin leave Germany for Saint-Prex on Lake Geneva, where he produces the Variations. They visit Ferdinand Hodler and Cuno Amiet. In 1916, he meets Emmy (Galka) Scheyer. He and Werefkin move to Zurich in 1917, then to Ascona in 1918; their circle of friends includes Cuno Amiet, Robert Genin, and the collector Karl Im Obersteg. In 1921, they decide to separate. From 1922, Jawlensky resides in Wiesbaden. In 1924, he, Kandinsky, Paul Klee, and Lyonel Feininger agree to exhibit together under the moniker “The Blue Four.” A progressively crippling arthritis, which first makes itself felt in 1929 and will leave him almost completely paralyzed by 1938, forces him to limit himself to small formats. In 1933, he is banned from exhibiting his work in Germany.