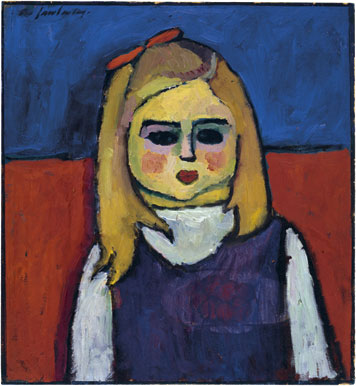 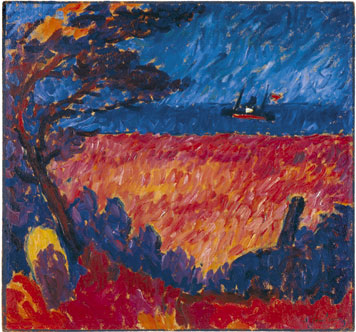 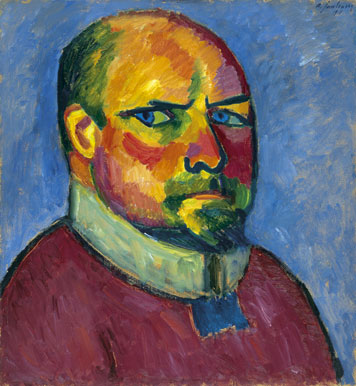 Karl Im Obersteg met Alexej von Jawlensky in 1919 in Ascona, where the businessman from Basel was recuperating from the Spanish flu. By way of Saint-Prex and Zurich, Jawlensky had arrived in 1918 in Ascona, a center that attracted many avant-garde artists and intellectuals. Thus the dancers Alexander and Clotilde Sacharoff, the Russian painter Robert Genin, as well as Marianne von Werefkin were there at the same time and befriended Karl Im Obersteg. The Russian emigrants had had to leave their chosen place of exile in Germany at the outbreak of World War I to meet again in neutral Switzerland in canton Ticino. Karl Im Obersteg had founded his own haulage company several years previously in Basel and was at first still hesitant in his initial purchases, but soon became more determined and courageous in his devotion to modern art. He began his collection with Swiss art, such as that of Cuno Amiet and Ferdinand Hodler. And it was presumably Amiet who arranged his contact to the Russian artists in Ticino.

His friendship with Alexej von Jawlensky, which began in 1919, was a formative influence on the history of Im Obersteg’s collection. As early as the first year they met, Im Obersteg acquired two works by the Russian, a large Variation and Still Life, both from the year 1915. Later this group was enlarged to include 31 works. As scope and quality go, it is the most consequential Jawlensky collection that was ever assembled during the artist’s lifetime in Switzerland. Its forceful examples allow the artistic development of the painter to be recapitulated from his first attempts to his late work.