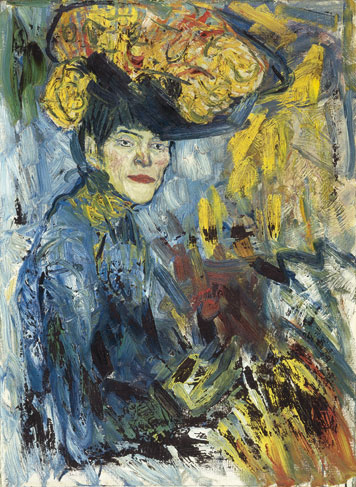 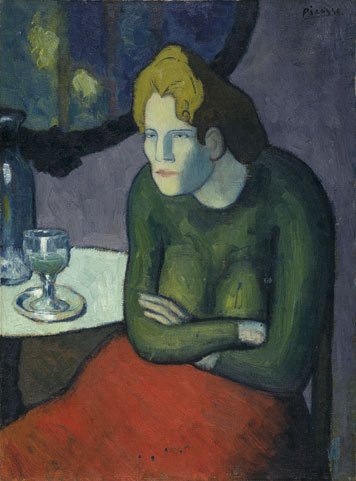 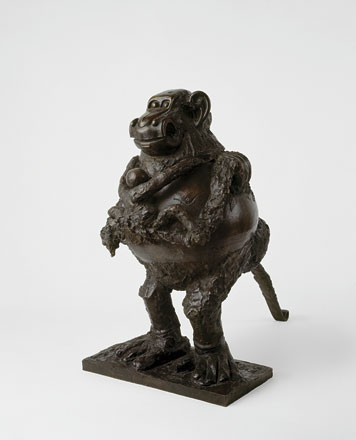 Among the most significant ensembles of the Im Obersteg Collection, the most surprising is surely the Picasso group. In contrast to Chagall, Jawlensky or Soutine, the works here do not fit well into a harmonious and coherent whole, but show phases that lie very far apart: two early works Femme dans la loge and Buveuse d’absinthe from 1901, Nu couché from 1934 and the sculpture La guenon et son petit from 1951. The Arlequin from 1923 was also among these, but left the collection after 1969. The four works show very different facets of Picasso’s expressiveness. What links them all is the absence of abstraction and, in its place, a concentration on figuration. This feature, as well as a special love of color, highlight a large part of the Im Obersteg Collection. The canvas painted on both sides, Femme dans la loge / Buveuse d’absinthe demonstrates quite uniquely the shift from the “pre-fauve” early work to the melancholic Blue Period. The two paintings were done one after the other in Paris when Picasso, just short of his 20th birthday, was staying in the French metropolis for the second time. The picture was bought in 1925 for the Im Obersteg Collection and, as a large-scale, seated figure, was placed next to Arlequin, bought in 1923. In 1936 Nu couché, a small life study marked by distortion, became an additional Picasso painting in the collection. The painting is dated 16 June 1934 and is one in a series of nude depictions that the artist produced of his then mistress, the Swiss Marie-Thérèse Walter. This young Swiss woman inspired Picasso to the most erotic of his works.
The bronze, La guenon et son petit from 1951, is an original combination of everyday found objects and his own modeled sculpture. Picasso began developing the technique of three-dimensional assemblage in 1930.